If you’re on this page, there’s a good chance you’ve just started Brazilian Jiu-Jitsu or are considering doing so. Tips for white belts are important, because there’s no question that beginning martial arts can be daunting.

Jiu-Jitsu is incredibly satisfying, but it’s not easy. It’s intimidating to walk into class and watch experienced coloured belts and wonder how you’ll survive. First step: Relax. We were all in your shoes, and you’ll grow out of them.

Beginning your Brazilian Jiu-Jitsu (BJJ) journey is probably going to change your life, just like it changed ours. To optimize your chances for success, here are some tips that’ll help you out as a white belt. 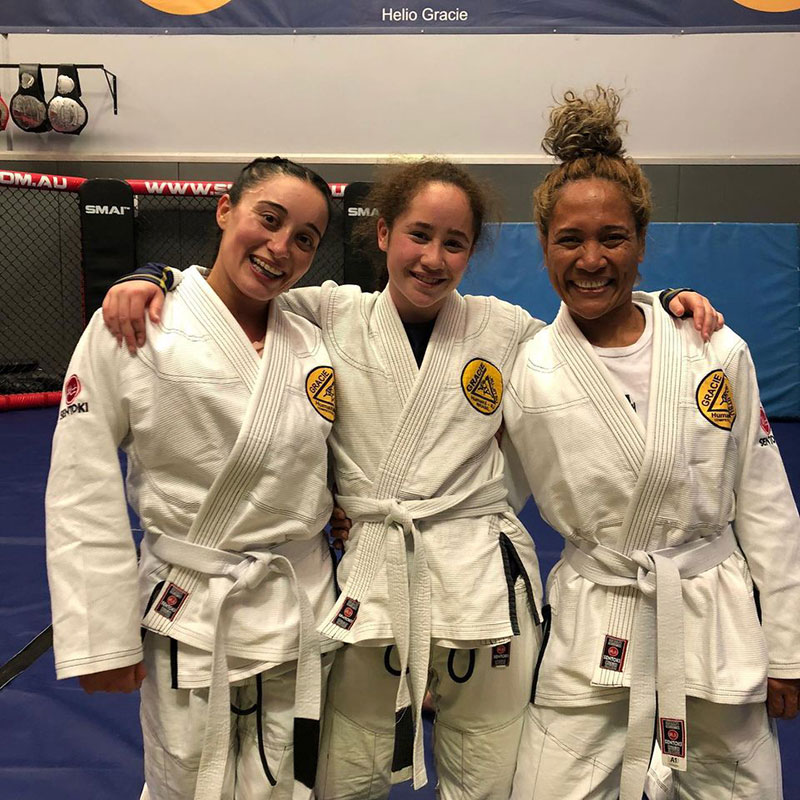 Jiu-Jitsu is a fantastic full-body workout. We advise you to take it easy as you begin training, because it’ll take a few weeks for your body to begin to adjust to the rigours of martial arts training.

It’s not just cardiovascular or muscular adjustment your body will make — although you will get fitter and stronger training BJJ. You may also feel some joint pain, and get cuts on your fingers. The former comes from holding your or your opponent’s weight, and the latter from gripping your opponent’s gi.

Don’t be disheartened! Your body will toughen up, and before long you’ll be able to train hard without any of these aches or pains.

Just be prepared: In your first few weeks, you’ll probably want to sleep. A lot

If you don’t know any techniques, you’ll naturally rely on strength and power. The problem is, Jiu-Jitsu is all about technique. That puts beginners in a bind. You’ll find yourself in holds and pins that you won’t know how to get out of.

The most important thing to do in these situations is to stay calm. Instead of flailing around, hoping to escape your opponent’s grip, simply take deep breathes. Appraise the situation and try to work out, to the best of your knowledge, how you can get out.

After the spar ends, feel free to ask your training partner: “Hey, when you had me in that. What should I do to escape it?”

Brazilian Jiu-Jitsu is a team sport, as we all get better together. Your team mates at Gracie Smeaton Grange will be more than happy to guide you, especially in your early days.

Focusing on breath is a valuable skill that will serve you all the way from white belt to black belt. For one thing, many new grapplers tire themselves out from hyperventilation rather than physical exertion. Jiu-Jitsu is also the art of finding comfort in uncomfortable positions, something controlled breathing helps with immensely.

No martial art is easy, but BJJ, more than any other, is a long game. It’ll probably take you over a decade to earn your black belt. That time is made up incremental improvements, not giant strides.

Which is to say: Focus on the little things. Because BJJ is so spar-intensive, it can be easy to get caught up in wins and losses. Winning is fun, but it’s not what Jiu-Jitsu is about.

When you’re a white belt, you learn a lot very quickly. But after a year or so, your rate of improvement slows down. After many years of training, improvement comes only with focus and perseverance. The point is, the earlier you get into the mindset of tracking technical details rather than wins and losses, the better off you’ll be.

When you roll, focus on what works and what doesn’t work. If something doesn’t work — if someone escapes your armbar, if someone passes your guard — ask your coach or team mate why.

This detail-focused attitude will help you in the long run.

This is a simple one. “A black belt,” so goes a well known aphorism in Jiu-Jitsu, “is a white belt who never quit.”

BJJ is hard and complex, but the most important skills are dedication and perseverance. It will test your mind and ego more than it will test your body. This is another reason why you should begin focusing on technique and details, because focusing on wins and losses can be catastrophic to your morale.

One part of surviving in martial arts is focusing on improvement over victory. The other half is to not quit when times are tough. Everyone goes through plateaus, and many people think that perhaps they’re not cut out for Jiu-Jitsu. It’s normal, and overcoming it makes you a stronger person — not just a better BJJ practitioner.

Being a white belt is an exciting time. You’re going to learn a lot. It won’t be easy — but it’s exceptionally rewarding.

If you’re in Camden, Narellan or any part of Sydney’s south west, come into Gracie Smeaton Grange for a free BJJ trial lesson.