Mixed Martial Arts star Rob Whittaker says he is eager to resume working with the Penrith Panthers - and wants to take down Paul Gallen for a $1.5m payday. 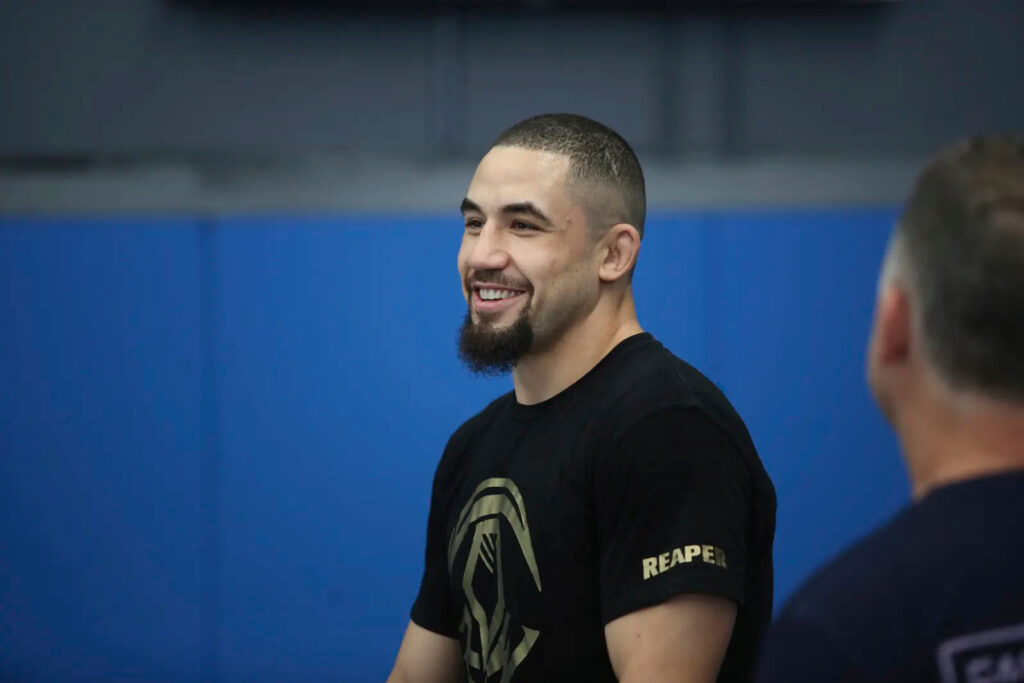 Whittaker continues to enjoy some downtime with his family in Sydney after returning from the US, where he lost his UFC middleweight bout to Israel Adesanya earlier this month. 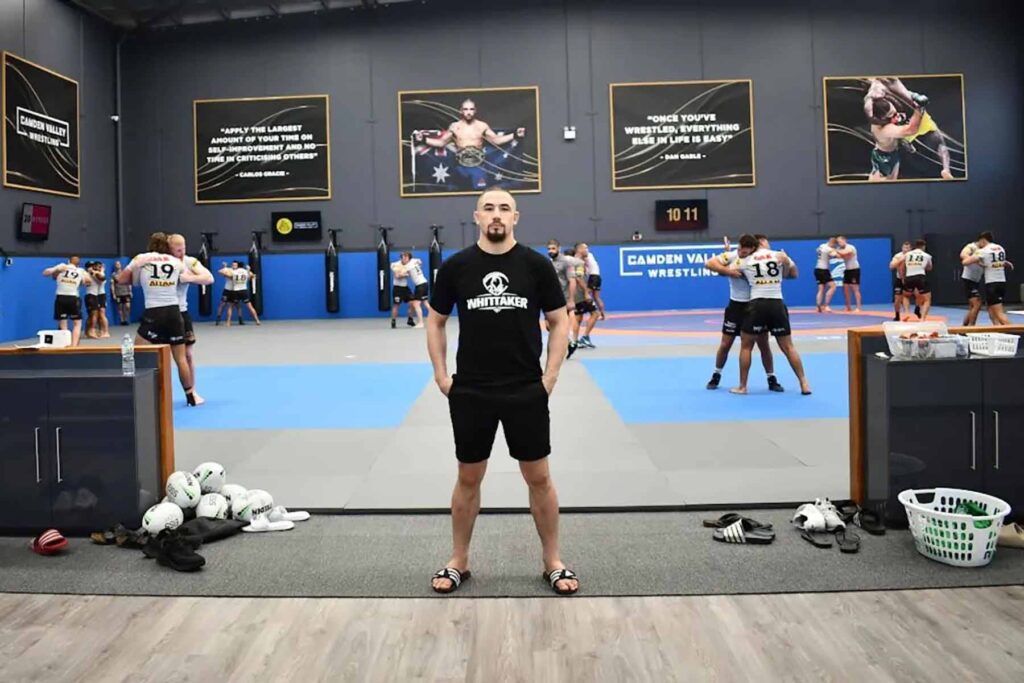 The 31-year-old has made some high-profile cameos at Panthers training in the past 12 months, working on defensive drills focusing on “positioning” to help the players avoid injury, along with wrestling coaches Alex Prates and Jacob Malkoun.

For the record, Whittaker had never heard of the hip-drop tackle, and while he had seen Sunday’s effort by St George Illawarra’s Tyrell Fuimaono on Eels winger Haze Dunster, said it was not a UFC tactic. “I didn’t know there was a technique for it; I thought it was a messy tackle,” Whittaker said.

While Panthers fans will be excited at the thought of Whittaker passing on defensive tips this season, just as many league fans will be hoping he hops in the ring with Gallen.

Gallen himself said this week he only had a couple of fights left in his career, with Whittaker, Sonny Bill Williams and Sam Burgess at the top of his wish list.

It emerged last year that Whittaker’s camp were open to the idea if he could take home around $1.5m – and he thought that was more than “fair” when asked by the Herald on Thursday if that was still the case.

“I’ve worked and built my name in the fight community for the last ten years to the point I have a pretty big following in this industry,” Whittaker said.

“This is my industry, this is what I do. I don’t think it’s asking too much. He [Gallen] is calling everyone out. Who hasn’t he called out?

“I’ll leave all that to my agent and coaches. I’d love to do it, just because it’s something different, there’s money to be made and I’m in the industry. 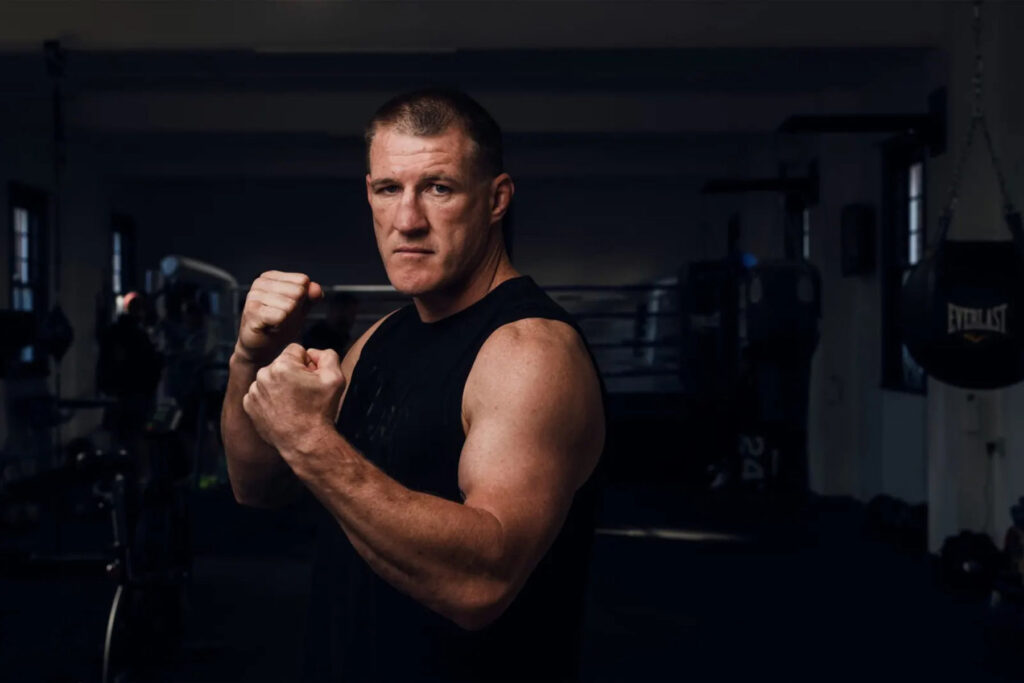 “There are a lot of papers that would need to be pushed [through] first. I currently work with the UFC. [What] excites me about it is [the fact] it does expose me, it takes me somewhere else, it takes me into a different sport and situation, and that would make me better leaving my comfort zone.

“As for the weight difference, I’d be fighting at a heavier weight, and I’d be very interested to see how I go.”

Whittaker weighed 83kg for his fight with Adesanya, but balloons to 98kg when not training. Gallen tipped the scales at 103kg for his last fight against Mark Hunt.

Boxing royalty Johnny Lewis is one person who would love to see the UFC champ and Cronulla great lock horns. Lewis spent some time with Whittaker before his last fight, and said he would definitely be financially compensated if he took on Gallen.

“You can now safely say Gal is a fighter, but Rob would be well paid, and a lot of people would like to see it,” Lewis said.

A third showdown with Adesanya was mentioned straight after his UFC loss, but Whittaker nominated Italian pin-up Marvin Vettori as another target because “he’s at the top and I haven’t fought him yet”.

NRL clubs working with UFC stars is not uncommon, with St George Illawarra teaming up with Alex Volkanovski, while Manly were paid a visit by Conor McGregor’s coach John Kavanagh at the start of the year. Prates and Malkoun teamed up with Souths, Whittaker’s favourite club growing up, the year they won the 2014 NRL title.

Whittaker would love to see the Panthers kick-start their campaign against Manly, but “when you’ve got four kids, there isn’t a great chance of getting out of the house without taking at least three of them”. 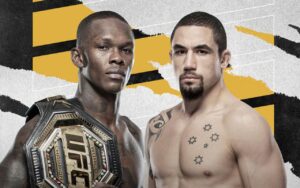