We’re lucky to live in Sydney right now. While people around the world are still stuck inside, those of us in suburbs like Camden and Campbelltown are free to once again go out into the world.

Unfortunately, outside is rarely safer than inside. If you’ve been worried about your kid’s safety, now is a great time to begin equipping them with self-defence techniques. Gracie Smeaton Grange is once again operating all week long, following strict health and safety protocols set out by the NSW government.

But you probably have an important question to ask: Which martial art is best for kids self-defence?

At Gracie Smeaton Grange, we believe Brazilian Jiu-Jitsu (BJJ) is the best self-defence system to protect kids from bullies. It’s both safe and effective, and it’s not just us that think so. 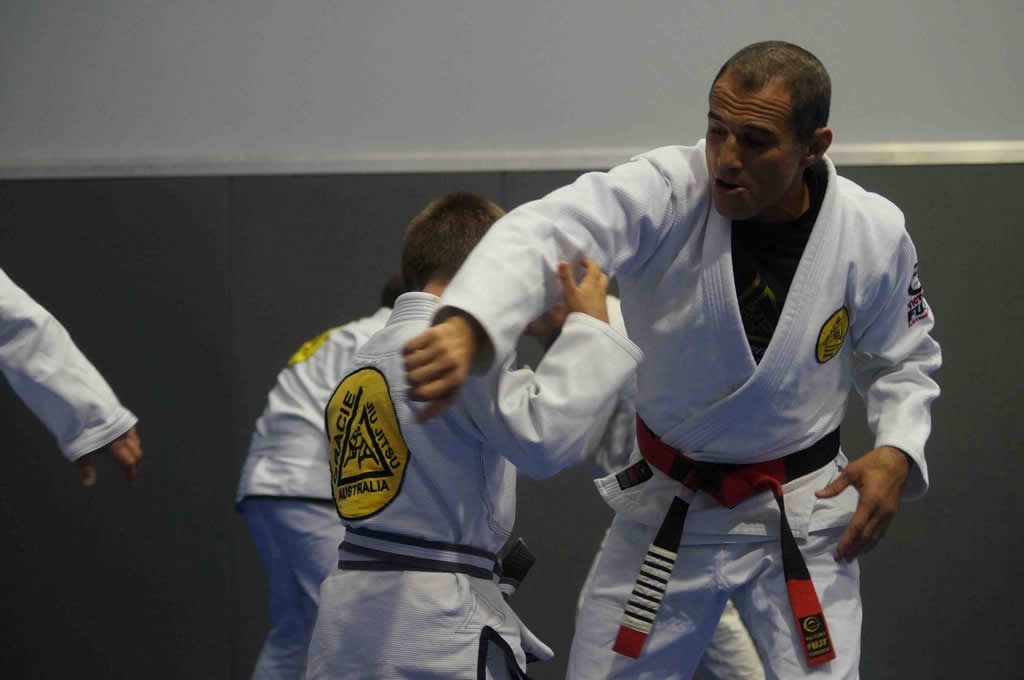 If you’re a parent who’s never done martial arts, you may be confused about what Brazilian Jiu-Jitsu actually is.

When most parents think of martial arts, they often think of film stars like Jackie Chan and Bruce Li taking out an entire room of bad guys with all sorts of kicks and punches. That’s not BJJ.

Unlike striking martial arts, like Karate or Taekwondo, Brazilian Jiu-Jitsu is all grappling. Your kids will learn how to defend against punches and kicks, but won’t be learning how to punch or kick other people.

Instead, Jiu-Jitsu teaches a deep, thorough system of holds and submission locks. Your son or daughter will learn how to subdue an opponent, keeping themselves safe, and apply a submission hold only in extreme circumstances.

Parents rejoice: Jiu-Jitsu is indeed a safe martial art for kids to practice. There are several reasons for this.

Perhaps most important is the aforementioned distinction that Brazilian Jiu-Jitsu does not include strikes. There’s no question that other martial arts, like Muay Thai or boxing, teach valuable self-defence skills. But these martial arts also bring risks. Punches and kicks to the body and head can be dangerous, even with protective gear.

Conversely, Jiu-Jitsu teaches kids techniques to achieve dominant position and, if need be, submission holds. Strong positions allow children to restrain an opponent — by pinning them on the ground, for instance, or against a wall — without causing significant harm.

Here’s how: Once kids are old and competent enough, they’ll begin sparring with other kids in class. (Don’t worry, we never make any child spar if they’re not yet competent or comfortable enough.) During sparring, one partner will aim to subdue to and submit the other. Once a submission lock is secured, the other partner will submit or “tap out”. No application of force necessary.

The two then slap hands and start the game again.

There are two key benefits to Brazilian Jiu-Jitsu on top of training safety. The first is that it offers kids a range of self-defence options.

Most circumstances on the playground won’t require a submission lock, for instance. Kids will learn to de-escalate a situation by controlling distance and evading the grips of an opponent. The next level is restraint: Pinning a bully, but not hurting them. In extreme or particularly threatening situations, they’ll know how to protect themselves with submission locks.

Many other martial arts don’t allow for such a range of responses. A flying back kick will stop a bully, but it could also cause grave injury. Only rarely are such harsh measures required.

The other key plus comes from sparring. Few other martial arts allow kids or adults to safely practice techniques against a fully resistant opponent. In Jiu-Jitsu, practitioners regularly spar with 100% intensity against each other with no significant risk of injury.

In addition to being excellent for fitness, this also replicates the high pressure kids face in real-life self-defence situations. Learning valuable techniques is important, but they’re only useful if the practitioner has adequately practiced. Jiu-Jitsu allows for practice that replicates real-life situations in intensity and pressure.

Of course, such training is reserved for children who are a little older and more comfortable. Kids as young as 5 are allowed to train at Gracie Smeaton Grange, but we start the young ones off with games that teach important Jiu-Jitsu principles.

But as they grow in skill and comfort, kids learn invaluable lessons and techniques from Brazilian Jiu-Jitsu.

If you’re in the Camden or Campbelltown area and are interested in your child learning self-defence, come into Gracie Smeaton Grange for a free class.