BJJ vs. Taekwondo vs. Karate: Which is right for you

Gracie Smeaton Grange is home to some of the best Brazilian Jiu-Jitsu coaches in New South Wales, but there are more martial arts out there. Arts like Karate and Taekwondo can also get you out of a bind. How do you know BJJ is right for you?

Whilst BJJ is arguably the best martial art for self-defence skills, that doesn’t mean other martial arts aren’t great too.

There are a few differences you’ll want to consider before you decide your self-defence system of choice. The crux of it is this: While most martial arts are about striking, Jiu-Jitsu is all about grappling.

That fundamental difference underpins the entire comparison between BJJ and arts like Taekwondo and Karate. 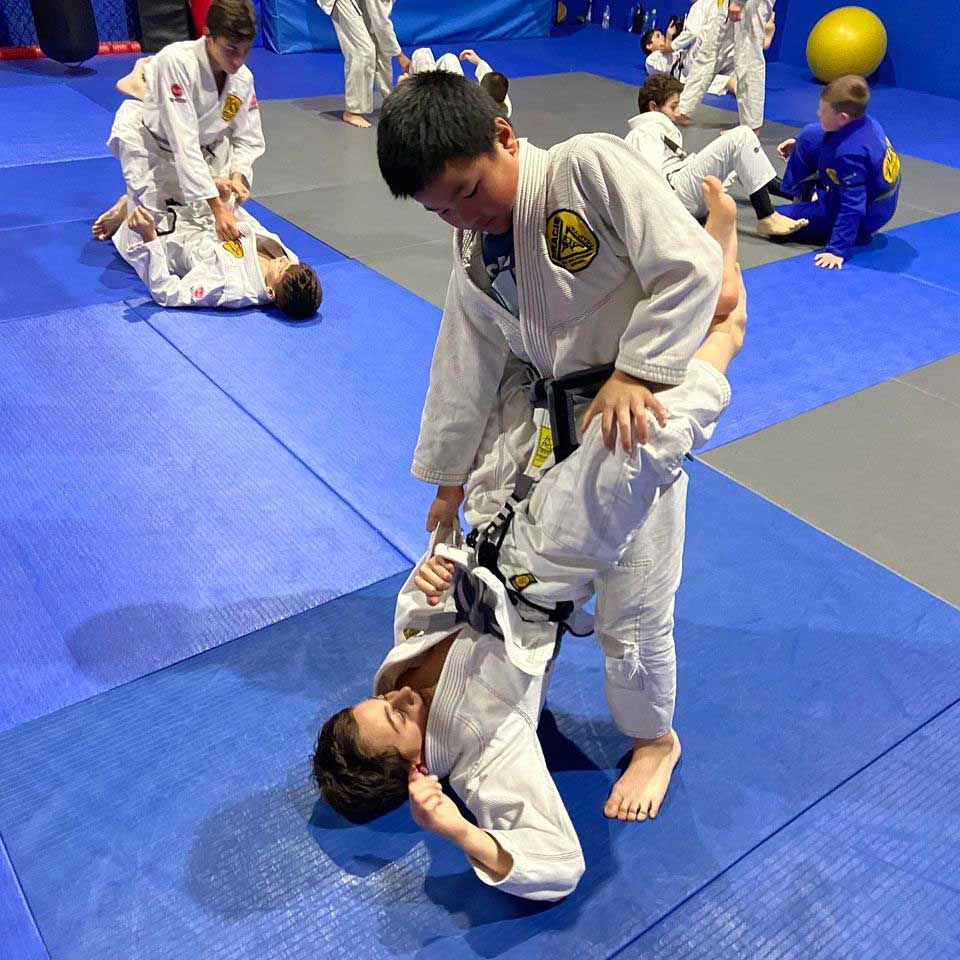 If you sign up to Gracie Smeaton Grange, you will not learn how to strike down an opponent — or at least, not literally. That’s because BJJ is all about grappling. Developed in large part by Brazil’s Gracie family (thus “Gracie Jiu-Jitsu” is synonymous with Brazilian Jiu-Jitsu), BJJ is a modified form of Judo.

It takes many of the principles of Judo but shifts them to a ground-based system, as opposed to Judo’s throw-based system. This difference is profound. Action taking place on the ground neutralizes large power and size disparities between opponents, which is why BJJ is so effective for women and children.

Almost all Asian martial arts are strike based (other than Judo, or traditional Japanese Jiujitsu). Karate, Taekwondo, Kung-Fu, Muay Thai, they all rely on punches and kicks (and knees and elbows, in the case of Muay Thai).

This has significant outcomes. If you train Taekwondo, you’ll learn devastating kicks that could easily knock out an opponent. There’s a reason it’s taught in the South Korean military, after all. Muay-Thai is also deadly. But there are some drawbacks.

These martial arts rely more on athleticism than Jiu-Jitsu does. Taekwondo strikes are impressive, both in force and aesthetics, but they require tremendous flexibility. Other arts lean on strength and conditioning.

If you’re into athletics, this may not be a problem. But if you’re primarily interested in self-defence, you may find that these arts require too much athleticism. Jiu-Jitsu will improve your conditioning, but doesn’t rely on it in the same way. Instead, it relies more on timing and technique.

Jiu-Jitsu’s grappling orientation also affects the way its participants train. BJJ training is arguably the most practical of all martial arts. You’ll spar with other humans from your very first class. This is in contrast to strike-based arts, in which you first practice against pads, bags or blocks of wood.

Again, this isn’t about diminishing other martial arts. Practicing Karate drills certainly improves your form, and is great for fitness. But it doesn’t replicate the real-world human-versus-human aspect that Jiu-Jitsu thrives on.

After you’ve trained for many months, or years, in Karate, Taekwondo or other striking arts, eventually you’ll be able to practice against an opponent. This is usually done with heavy protective gear.

Conversely, BJJ allows you to practice at full intensity against an opponent who’s resisting 100% with minimal injury risk. This is because we’re grappling for position, rather than attempting to land a knockout blow. Submission holds are secured, but your opponent taps out before any damage can be dealt.

This has several important implications. Firstly, it’s fantastic for fitness. Second, it allows you to measure the efficacy of the techniques you’re learning. There’s no theory in BJJ: Either something works against a resisting opponent or it doesn’t, and every class gives you an opportunity to find out.

Most important is the self-defence application. It’s one thing to learn a technique in class among friends. It’s another to apply that technique in the outside world against an unknown assailant.

Sparring every day in class prepares BJJ practitioners for the chaos and pressure that comes with a real-life self-defence situation.

There is no one ultimate martial art. BJJ is obviously our martial art of choice, but finding success is about finding the right art for you.

There are many worthwhile academies in Camden, Campbelltown and Sydney’s south west. We’d be lying if we said Jiu-Jitsu is best for everyone. Practicing Taekwondo is better for flexibility, for instance, and Karate better for core stability. But if you’re after a martial art for self-defence, Brazilian Jiu-Jitsu is unparalleled.

Interested in trying BJJ out? Come into Gracie Smeaton Grange for a free class.